History of chair of histology and medical biology

Chairs of histology and biology with blanket genetics were established in 1920year at medical faculty of the Central Asian State university.The first managing chair of histology which consisted 2 people of embriology was prof. E.M.Shljahtin (1920 on 1938y).The basic attention employees of chair paid the organisations of educational process, to replenishing of teaching personnel. At the chair there were no teaching books, educational histologic preparations and Microscopes was only 15 pieces. With the help of teachers of chair stuff necessary educational histologic preparations were brought to present educational materials. Prof. E.M.Shljahtin wrote lectures on a course of histology which students used as the daily study books. The next years, prof. Z.K.Rahmatullin (the manager. Chair with 1941 on 1944y.) and prof. S.M.Milenkov (the manager. Chair with 1944 on 1952y.) paid much attention to the development of nerohistology  directions in the research operation spent on chair. Chair stuff were engaged in morphology studying rеceptor kettles in various bodies and fabrics of animals, mastered new histologic procedures. The chair has replenished with educational preparations, micropreparations, tables.
In the late fifties on chair development of more thin cytologic and up-to-date histologic research techniques began. K.A.Zufarova’s protected the thesis for a doctor’s degree in 1962 became one of the first considerable operations in this plan.
During the period of 1962-2002 managing histology chair was prof. K.A.Zufarov. At that time the histology chair became one of the best theoretical chairs of institute. The collection of educational preparations and tables was completely updated. In the majority of educational rooms new microscope projectors were erected. The problem biophysical laboratory equipped with electronic microscopes and ultramicroscopes of the newest systems was organised. 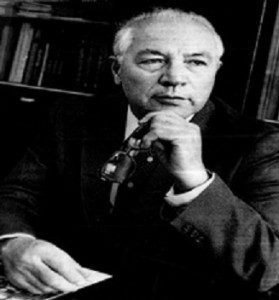 In educational process the special attention was paid for last achievements in the field of cytology, histology, histochemistry and electronic microscopy that closely co-ordinates with scientific examinations spent on chair. For integration of educational process on chair complex lectures on various sections of a course together with biology and anatomy chairs were periodically conducted. In order to avoid duplication of a presented material by chairs programs of lectures and a practical training were co-ordinated.
After the organisation electronmicroscope (in 1966.) and a problem biophysical (in 1970) laboratories the histology chair became methodical centre where transit training research assistants of republics of Central Asia and Kazakhstan, various cities of our country, and also foreign countries.
The school of histologists over which the founder of school of histology in Uzbekistan, the winner of the award of a name of Beruni, the owner of the most prestigious in the world of a medal of Purkine, the vice-president of Association of the CIS countries of anatomists, histologists, embryologists, the Chairman of Coordination council morphologists Central Asia and Kazakhstan, the full member of AN UzSSR, the honoured worker of a science of UzSSR,was supervised by prof. K.A.Zufarov in the seventies. 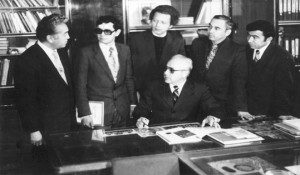 In the former Soviet Union the textbook “Histology” was written for the first time in uzbek language, the third edition of this book was published. Unique plans and histophotos books were included into textbooks and the atlases published in Moscow and Tashkent.
The discovery “splitting the fiber in kidney which inhausted in blood from narrow intestines” was conducted on26 march,1987. The discovery (1987) made under the direction of akademician K.A.Zufarova, devoted to an inhausting a method pinositoz fibers of parent milk in intestines of babies and to split in kidneys, was of great importance and was unclosed scientific and practical base for carrying out of new scientific examinations. This school was transmuted into school of thought known all over the world as which termed as “the school of Zupharov’s».
The histology chair conducts research operation in unison with many chairs and clinics TashstateMi, and also chairs and scientific research institutes of Tashkent, Moscow, Leningrad, Rostov, Odessa, Tbilisi and other countries The professor And, A.Brodsky (1920-1930) was the first manager of chair of biology with blanket genetics. Then over chair supervised professor N.P.Sokolov (1931-1936), A.M.Zavadsky (1935-1948), the professor M.S.Sofiev (1948 – 1963), senior lecturer A.P.ShCheulov (1964-1966), the academician of AN РУз D.H.Hamidov (1966-1975).Simultaneously D.H.Hamidov headed department «Electron microscope  and cytochemistry»  biochemistry scientific research institute.Readines of morfologist’s to for whole who world union
Such directions as, cytobiochemistry, embriogenez endokrin glands, cytogenetics and филоонтогенез blood systems were developed, influence of radiation on these systems and their hormonal regulation, seasonal features гемопоэза, and were gained for the first time transgene animals. In this field protected candidate and theses for a doctor’s degree a series of employees of chair (B.S.Gildieva, 1970; A.T.Akilov, 1984; K.N.Nishanbaev, 1971,1981; M.A.Nishanbaeva, 1971; P.R.Alimhodzhaeva, 1971, etc.).Under the patronage of prof Khamidov tha studycase book called “teaching book on common biology”was written. The chair scientific workers of histology and medical biology

The appreciation has been given these examinations and 6 scientists became winners of the State award to them. Under the direction of D.H.Hamidova the large school of thought on cytology and cytogenetics was generated. 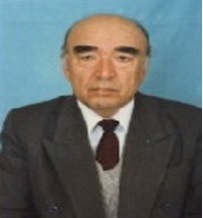 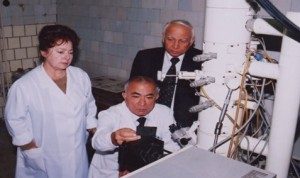 The histology chair at First TashMI till 2002 was headed by academician K.A.Zufarov, after that professor A.J.Juldashev and chair of medical biology – till 1995 the professor B.S.Gildieva, further professor P.R.Alimhodzhaeva managed. At second TashMI the histology chair was headed by professor K.R.Tuhtaev, medical biology – the professor P.I.Tashhodzhaev. 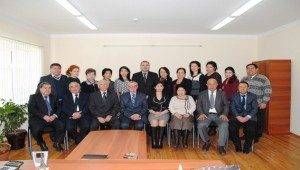 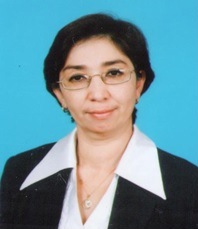 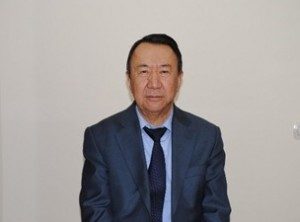 Now pedagogical, research and educational activity on chair of histology and medical biology ТМА is being carried out by 4 professors, 4 senior lecturers, 2 senior teachers and 8 assistants. Research operation is conducted in two directions: 1) Revealing of legitimacies of structurally functional formation of bodies immune, эндокринной, digestive and secretory systems in postnatal ontogenez at activity ecotoxic factors; 2) Cytogenetic and cytomorphological monitoring of activity of pesticides on an organism and trajectories of correction of the revealed infringements. On chair operation on perfection and reorganisation of educational process in the up-to-date requirements on the basis of the up-to-date information, multimedia technologies has been supported. Educational video films for their demonstration by means of computers are created bank of images of microscopic preparations for educational process, bottoms of application of methods of remote training are developed at teaching of histology and medical biology in medical high schools and their branches of our Republic. On chair operation on making of the educational literature of new generation is prolonged: the new Atlas at the rate of histology, cytology and embryology is published, under K.R.Tuhtaeva’s edition the up-to-date textbook «Bottoms of histology and embryology» in the Uzbek, English and Russian languages is prepared for the edition.